The Illinois Third District Appellate Court has taken another look at whether TTD is warranted when a claimant with restrictions is fired.   In the recent case of Holocker v. Illinois Workers’ Comp. Comm’n, 2017 IL App (3d) 160363WC, the Court found that the claimant’s restrictions did not significantly interfere with his ability to find a new job after being terminated.  TTD benefits for that period were not awarded.

In this case, the claimant was a transportation operator who suffered an accident while operating a crane, when a broken strap from the crane struck him in the face and chest, causing broken teeth, multiple facial fractures, and chest bruises.  After the petitioner has been released to full duty work for his physical capabilities, he began experiencing anxiety and panic attacks when having to operate a crane at work.  The claimant underwent psychological treatment for this anxiety and was restricted from operating cranes.  Respondent accommodated this restriction, providing him with other duties until the claimant was eventually fired because he had failed to show up for work or to call in for three days in a row.

Due to his restriction that prohibited him from operating cranes, the claimant asserted that, after being fired, he was entitled to TTD.  The Commission and Appellate Court disagreed.  The Appellate Court gave significant weight to the employer’s vocational expert, who testified that being restricted from operating cranes did not impact the claimant’s ability to find a new job.  Of crucial importance, the Court here distinguished this case from Interstate Scaffolding and Matuszczak (two cases where TTD was awarded after a claimant with restrictions was fired), stating that, “in each of those cases, it was undisputed that, at the time of termination, the claimant’s condition had not stabilized, that the claimant was unable to perform the job he had been performing for the employer prior to the work accident, and that when the claimant returned to work after the accident, it was in a light duty capacity. Thus, in each case, it was undisputed that the claimant’s work injury had diminished his ability to work, thereby entitling him to collect TTD benefits at the time of his termination.”

The Court further found that, by the time the claimant here was terminated, his work injuries had “no effect” on his employment situation.  The Court emphasized that, when analyzing TTD, “the test is whether the employee remains temporarily totally disabled as a result of a work-related jury and whether the employee is capable of returning to the work force”

This case is a significant development in case law regarding TTD, and indicates an increased willingness of the Courts to not merely ask whether or not a claimant has restrictions, but to instead examine and analyze the type of restrictions that a claimant has, and whether it realistically impacts their employment situation.  Be sure to stay tuned to the I&F blog for regular updates on the changes and clarifications affecting Workers’ Compensation law throughout the Midwest!

Thanks to attorney Michael Bantz for the summary of this very important case.  Michael works out of the Champaign office of Inman and Fitzgibbons and can be reached at mbantz@inmanfitzgibbons.combbons.com. 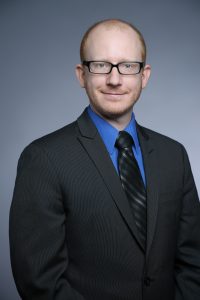 Stealing From Employer Still Not a Bar to TTD in I...

Stealing From Employer Still Not a Bar to TTD in Illinois