This Bill amends the Illinois Workers’ Compensation Act and the Workers’ Occupational Diseases Act. The Bill provides that certain specific Sections of the Acts limiting recovery do not apply to injuries or death caused by an occupational disease as to which the recovery of compensation benefits under the Acts would be precluded due to the application of any period of repose or repose provision.  Specifically, 25 years for filing a claim and the 3-year statute of repose under the Occupational Diseases Act. The Bill further provides that, as to any such injury or occupational disease, the employee, the employee’s heirs, and any person having the standing to bring a civil action at law has a nonwaivable right to bring such an action against any employer or employers.

This Bill ignores the purpose of the exclusive remedy provisions of the Illinois Workers’ Compensation Act and the Workers’ Occupational Diseases Act. The Acts currently impose liability without fault upon the employer and, in return, prohibit common law suits by employees against the employer.  The exclusive remedy provision found in the Acts “is part of the quid pro quo in which the sacrifices and gains of employees and employers are to some extent put in balance, for, while the employer assumes a new liability without fault, he is relieved of the prospect of large damage verdicts.” Meerbrey v. Marshall Field & Co., Inc., 139 I11.2d 455, 462 (1990).

If the Bill passes the House, employers would face civil actions with unlimited awards, including punitive damages, from cases where the action has been previously barred and/or closed. Removing the exclusive jurisdiction of such claims from the Illinois Workers’ Compensation Commission will have unintended consequences that will hurt the very constituents the Legislature seeks to assist by creating unlimited liability for Illinois employers in the civil tort system for such claims, which would have the practical effect of eliminating existing insurance coverage for such claims, and thereby potentially driving businesses into bankruptcy protection. For example, employers might be left uninsured, as their business liability policies exclude workers’ compensation claims and their workers’ compensation policies exclude civil claims against the employer.

Another troubling aspect of this Bill is how it will impact workers’ compensation or occupational disease settlements, given that it provides a nonwaivable right to bring this type of action against an employer. Will prior settlements be nullified?  How will future settlements be impacted? 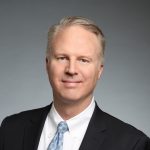 This Bill has already passed the Illinois Senate.  It was recently advanced out of the House Judiciary Committee on a partisan 8-4 roll call. The legislation is now being sent to the House floor where it likely will be read a second time on March 13, 2019. We expect a vote in the House on March 14, 2019.  We will continue to keep you updated on the status of this pending legislation. Thanks to attorney Anthony Ulm for this important update.

I&F Prevails in IL: Rolling Chair Found Not to be an Increased Risk