In Lela Operton v. LIRC, 2017 WI 46,  the Court interpreted, for the first time, a 2013 law that disqualifies claimants from receiving unemployment insurance benefits for “substantial fault.”

“Substantial fault” includes those acts or omissions of an employee over which the employee exercised reasonable control and which violate reasonable requirements of the employee’s employer but does not include any of the following:

Subsequent to her termination,  Operton filed for unemployment benefits. An Administrative Law Judge (ALJ) denied Operton unemployment benefits and concluded that she was terminated for “substantial fault.”  The Labor and Industry Review Commission (Commission) affirmed the ALJ. The Court of Appeals reversed the Commission’s finding. The Supreme Court accepted review.

The Supreme Court agreed with the Court of Appeals and remanded the matter back to the LIRC for a determination as to the amount of benefits owed. The Supreme Court did indicate that fault existed because Operton did exercise “reasonable control” over the cash handling transactions and that the employer “reasonably required” her to handle these transactions. However, the Supreme Court took issue with what it stated was the Commission’s failure to assess whether the errors were “one or more inadvertent errors,” which would preclude a finding of substantial fault.  In assessing this issue, the Court determined that the errors were inadvertent and not reckless or intentional. It noted that there was no evidence that Operton willfully disregarded the employer’s interests or that she was so careless or negligent to be guilty of misconduct. The Supreme Court thus concluded that “substantial fault” did not exist to deny benefits.

Thanks to Partner Scott McCain for bringing this new case to our attention.  Scott works out of the Chicago and Milwaukee offices of Inman and Fitzgibbons. 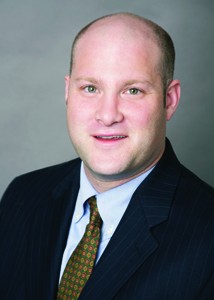