In a recent case before an arbitrator at the Illinois Workers’ Compensation Commission, Partner Steve Murdock prevailed in defense of an alleged claim for repetitive trauma, both on issues of accident and medical causal connection.  Claimant alleged that as a machine operator for more than two decades on a packaging line she frequently used her hands and wrists to handle packaging stock and packaging rejects daily.  Over time, she claimed to have developed symptoms of numbness and tingling in both hands and wrists, which was subsequently diagnosed as bilateral carpal tunnel syndrome.  Claimant’s treating physician performed bilateral carpal tunnel releases and released the claimant to return to work full-duty following same.

The employer’s independent medical examiner, noting that the claimant had underlying risk factors for the development of idiopathic carpal tunnel syndrome, reviewed the essential job functions analysis noting that the job duties were not those that are medically associated with the development of carpal tunnel syndrome and show a variety of tasks performed throughout the day breaking up any alleged repetition.  The treating surgeon provided a report with an equivocal statement on causation that the job duties “likely” contributed to her underlying idiopathic condition.  During the claimant’s testimony, she admitted that approximately half her day is simply spent watching the machine operate to see that it operates smoothly.

The arbitrator found that the job tasks and the timing in which they were performed varied enough in nature that there was no evidence of exposure to repetitive trauma in ruling that the claimant was not involved in an accident arising out of and in the course of her employment.  The arbitrator also found the causation opinion of the employer’s IME to be more convincing than that of the employee’s treating physician on that issue in finding no causal connection existed between the work duties and the bilateral CTS.

Congratulations to Partner G. Steven Murdock  and to our client on this victory, which was accomplished through diligent teamwork on the part of the employer, its third-party claims administrator and our office. Steve works out of the Chicago and St. Louis offices of Inman and Fitzgibbons and chairs the Firm’s Legislative Watch Committee. 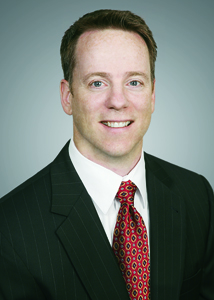