Governor Bruce Rauner called a 10-day Special Session of the Illinois Legislature. The purpose of the Special Session is to address the on-going budget stalemate. In preparation for the Special Session, Republican Legislators unveiled a package of bills to address multiple issues, including Workers’ Compensation Reform. HB 4068 is the Republicans’ compromise bill in response to HB 2525, a Democratic backed bill that was previously approved by both chambers along a party line vote (the bill has not been sent to Governor Rauner’s desk for signature for fear of veto). Without going into the minutiae of both bills, HB 4068 can be viewed as being more favorable for Employers, while HB 2525 can be viewed as being more favorable for Employees.

The Special Session began on June 21, 2017 and can last up to 10 days, which brings it up against the start of the 2018 fiscal year. Both sides have expressed a sense of urgency at starting the 2018 fiscal year without a budget, and the Workers’ Compensation bill is a large piece of the budget. HB 4068 is currently being heard in the House Labor Committee and more testimony is expected.

Stay with us as we will continue to provide updates of this legislation.

Thanks to I&F Legislative Watch Group member Frank Johnston for providing the above summary.  Frank practices out of I&F’s Champaign office. 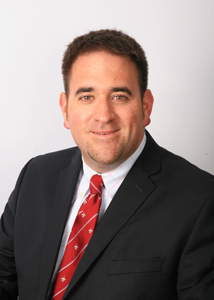 IL Amends Exclusive Remedy Provisions of WC and OD...
The Illinois General Assembly Takes a Fast and Har...
Credits for Loss of Use of the Arm in Illinois aft...
Illinois’ General Assembly to Override Governor Ve...