Terry Lankford brought a workers’ compensation claim in Missouri for the development of pneumonia and chronic obstructive pulmonary disease due to developing a breathing fungus and bacteria associated with pigeon droppings. Lankford, a heavy smoker, worked as an investigator for the county. He stated that when he started working for the county that he would initially smoke in a basement area provided for that purpose. He was subsequently advised that he had to smoke outside.  He began going up to the courthouse roof to smoke as he claimed it helped him clear his mind. He stated that he also worked up there meeting with prosecutors and witnesses.  He denied any prior lung issues. The roof contained pigeon droppings which have bacteria that have been known to cause lung infections and lung damage such as COPD and pneumonia. The claimant claimed that he developed pneumonia and recurrent bronchitis symptoms because of the exposure to the fungus in the pigeon droppings on the roof.   During his case, Lankford died and his wife continued with the claim.

Earlier this year, the Missouri Court of Appeals found that in the case of Lankford v. Newton County, the claimant sustained an injury arising out of and in the course of his employment which led to his death from complications of pneumonia and COPD.

The facts showed that Lankford was a heavy smoker. It was determined that the county allowed him to initially smoke in the basement of the building. He was subsequently told that he had to smoke outside.  While he chose to smoke on the roof of the courthouse, he did often meet with other county employees and prosecutors to discuss cases. The claimant’s medical expert testified that while the smoking made him more susceptible to developing the lung issues, the prevailing factor causing his COPD and pneumonia was his frequent exposure to the pigeon droppings.   The defense experts testified that the pigeon droppings could also be could be found elsewhere and that he may have been exposed just as much while he was away from work. In addition, an infectious disease doctor testified that the claimant could have contracted the disease from occupational or non-occupational exposure and he could not conclude that it was more likely work related.  An internist also concluded that the prevailing factor was the claimant’s smoking.

The Missouri ALJ hearing the case ruled that the frequent exposure to the pigeon droppings while at work on the roof of the courthouse was the prevailing factor that caused his COPD and pneumonia that infected him and eventually killed him. He was awarded total disability benefits and the employer was ordered to pay back benefits of $167,811 as well as benefits to the widow.  The case was appealed to the Missouri Labor & Industrial Relations Commission.  The employer argued that the claimant failed to prove he was exposed to the pathogens that caused his occupational disease to a greater extent or degree than workers in normal, nonemployment life. The Commission found that rather than proving equal exposure, in occupational disease cases, the claimant must simply demonstrate that the disease he suffered is not an “ordinary disease of life to which the general public is exposed outside of employment.” The ALJ decision was affirmed. The case was brought before the Southern District Missouri Court of Appeals.  The employer argued that the Commission erred when it reached the legal conclusion that the claimant had no burden to show he had a greater exposure at work than exposure away from work applying the “equal exposure” defense.   The Appellate Court affirmed that this was not a required element to prove an occupational disease.  It affirmed the decision and found that the occupational disease contracted by the claimant was not “an ordinary disease of life to which the general public is exposed outside of the employment.

This decision certainly appears to open the door for additional occupational claims and further lessens the causation standard in that the claimants may not need to show that they have an increased exposure at work but only that they have a disease which is not an ordinary disease in which the general public is exposed.  We will continue to monitor these types of cases to determine if future Missouri cases continue down this path of lessening the causation standards.

Thanks to attorney Jill Baker for summarizing this important new development in Missouri..  Jill works out of the Chicago and St. Louis offices of Inman and Fitzgibbons and can be reached at jbaker@inmanfitzgibbons.com. 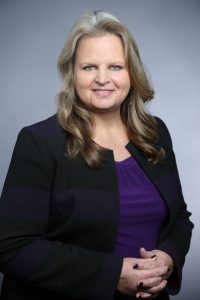