The Indiana Court of Appeals recently weighed in on an issue that could prove troublesome for Indiana employers.  In March, the Court addressed the issue of whether an injured employee was entitled to temporary total disability (“TTD”) benefits after being terminated for misconduct on the job.  Both the Indiana Worker’s Compensation Board and the Court of Appeals said “yes.”

In Masterbrand Cabinets v. Douglas Waid, the employee suffered a compensable injury to his back when he slipped and fell at work on June 6, 2014.  The employee sought medical care two weeks after the fall when his condition had not improved.  The treating physician released him to return to work full duty and the employee returned to work the following day.  After completing his first shift, the employee missed work because he could not get out of bed.  When he returned a day later, the employee engaged in a verbal altercation and cursed his supervisor.  He also threw an ice pack that nearly struck another employee.  The injured employee was later terminated from his employment.

The parties proceeded to hearing on the TTD issue before the Single Hearing Member.  The Judge agreed that the employee’s conduct fell well below the expected standards of conduct in the workplace.  Nonetheless, the Judge opined that the relevant inquiry was whether the employee’s inability to work was related to his injury.  The Judge found that the employee was unable to perform work of the same kind or character due to the work injury.  Accordingly, the Judge awarded TTD benefits.  The Full Board agreed and noted in its decision that the employee had a very limited capacity to work and was limited to performing work of a sedentary nature.

In its analysis, the Court of Appeals found that I.C. 22-3-3-7(c) did not apply because it pertained to termination of TTD benefits whereas this appeal concerned the issue of entitlement to TTD benefits.  The Court added that the legislature had proven capable of limiting or barring an employee’s claims to worker’s compensation benefits and had done so in other circumstances.  Thus, if the legislature wanted to limit or bar an employee’s entitlement to TTD benefits following a termination from employment, then the legislature could have done so.  In the absence of any such provisions, the Court essentially disregarded the employer’s argument that this section of the Act justified its denial of TTD benefits.

While the Masterbrand Cabinets v. Waid case may make it difficult for Indiana employers to deny TTD benefits for injured workers following termination of their employment, each situation warrants a thorough, fact-specific inquiry.  It is uncertain how narrowly subsequent Courts will construe this decision in the future.  Furthermore, this Court focused on the employee’s entitlement to TTD benefits, not termination of TTD benefits that had already begun.  In that regard, it is unclear if the Court would have reached a different conclusion if TTD benefits been initiated.  Likewise, it is unclear if the outcome would have differed had the employee been deemed capable of performing more than sedentary-type work at the time of his employment termination and subsequent hearings.

Given the complexity of this issue and the likelihood of further litigation, our firm will continue to provide updates on any developments in the law related to entitlement to or termination of TTD benefits as it relates to termination of employees.

Thanks to attorney Dane Kurth for this important case law update.  Dane covers both Illinois and Indiana for the firm. 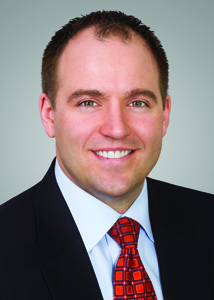